Jiali Gao is a theoretical and computational biochemist, whose work focuses on the structure and properties of macromolecular systems. This includes the understanding of protein dynamics and enzyme catalysis, biomolecular interactions and assembly, and biophysical systems biology, as well as the development of quantum and classical mechanical methodologies. The major focus of his research in the past few years has been the understanding of enzyme catalysis based on analyses of the structure and energetics from dynamics simulations in which quantum mechanics is used both to represent the potential energy surface and to treat the nuclear tunneling. He is currently pioneering an effort to develop a fully quantal force field for simulation and modeling of materials, fluids, and biomacromolecules. He recently introduced the concept of analytical coarse-graining of macromolecular particles for the study of diffusion and assembly of proteins and nucleic acids in cells.

Jiali Gao began his studies as an undergraduate student at Beijing University, and his professional career followed with graduate work at Purdue, postdoctoral research at Harvard, and faculty positions at the State University of New York at Buffalo and the University of Minnesota. He has been an L. I. Smith Professor of Chemistry and the Director of Graduate Studies for the Scientific Computation graduate program at Minnesota. He is a recipient of the Diract Medal from WATOC, the Albert Hofmann Centennial Prize and an IBM Faculty Fellowship. 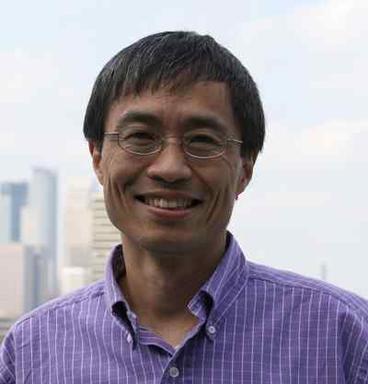